Devfests are the most significant annual events organized by the Google developers community worldwide. These events are community run events by the developers and powered by Google. Each year, DevFest is arranged in lots of places all over them with the exchange of Skills & Knowledge. So basically, this is the largest festival for all people willing to share and exchange knowledge focused on the people involved in any kind with information technology. “This 2018 AD GDG Dang is bringing the official annual event devfest in Dang for the second time”, told GDG Dang organizer, Niraj Bhusal. Previously, the first devfest was organized by the community in 2016 for the first time in Dang. GDG Dang has frequently been hosting the events and conducting the workshops in Dang by which the students and everyone involved in the technology market have been directly benefited. This event generally comes up with communities-run events including several speaker sessions, product information, hackathons, workshops, code labs, and much more. According to co-organizer of GDG Dang, Abhishek Pandey, this year’s event will include the code labs and information sessions on Android Programming, Artificial Intelligence and Machine learning. He also told that this event would be talking about the newly introduced concept of Digital well being and the newest version of Android, Android Pie. This event will be talking about the Google Cloud Platform as well and how they can make our professional life easier by using various tools. According to the facilitator of GDG Dang, Shandesh Chaudhary, “The event is going to be held on November 11th, 2018 at Hotel Doko of Ghorahi Dang”. “The event is free to everyone willing to attend, and the event will be held from 10 am to 5 pm. They welcome everyone to the event and request the attendees to bring their own laptop for the maximum utilization of the event.”, he told. 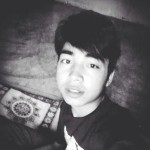